This article describes the deployment and configuration of LNDHub. LNDHub is a project that allows to create accounting system on top of lightning. The LNDHub portal can be accessed from lightning enabled wallets such as BlueWallet and Zeus. The underlying node is connected and provides liquidity for the transactions of the users of the system.

To setup the system you need to download the source code of the project from it’s github repository:

and enter to it’s repository cd LndHub copy required configuration files such as tls certificate of the node and admin macaroon to the working directory and setup the config. You will also need a database server redis installed on your machine for the data persistence.

Also, you need to have a database service Redis installed on the server. In the Readme.md the manual installation is described but I have managed to install under Debian distribution using the standard apt tool, without any further configuration needed.

As the next step we need to copy the tls.cert and admin.macaroon to the LndHub data directory. After cloning the LndHub it can be launched with the npm run in the LndHub directory. Then the user can configure the server to connect from the port 3000.

Besides that we need to expose the ports of the lnd and bitcoind for the purposes of the LndHub. This can be done by creating the file

After creating this snippets we run the command:

stop and reconfigure the BTCPayServer as:

The configuration of my config.js file is

which differs in the default ouptut in the port number of the bitcoind server.

Configuring the Zeus and BlueWallet app

To access the LndHub we can also configure the smartphone app. For that the we can use Zeus or Bluewallet.

The for the wallet creation in the Zeus looks like this: 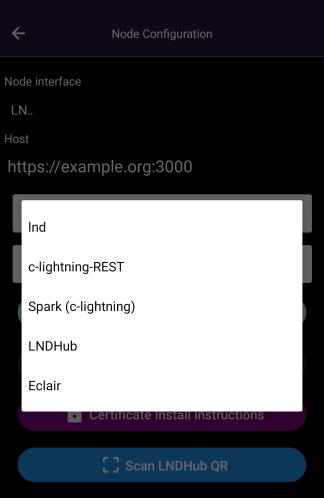 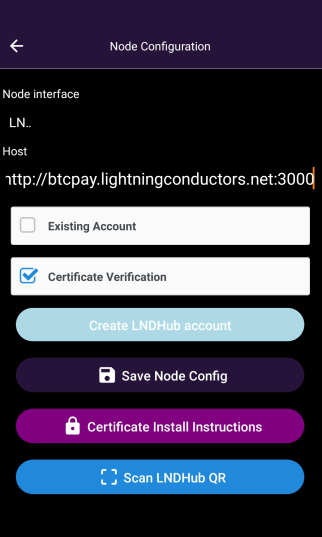 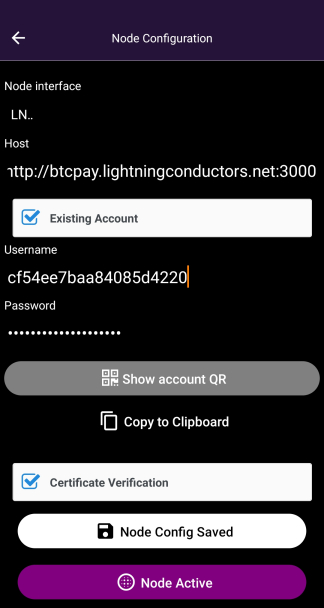 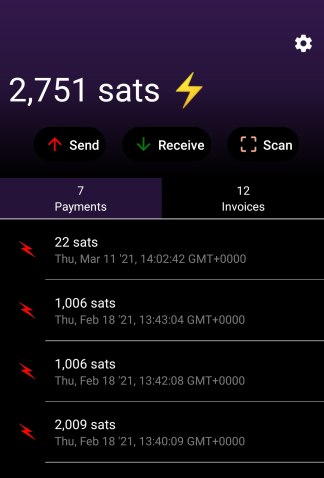 and for the BlueWallet the setup is following: 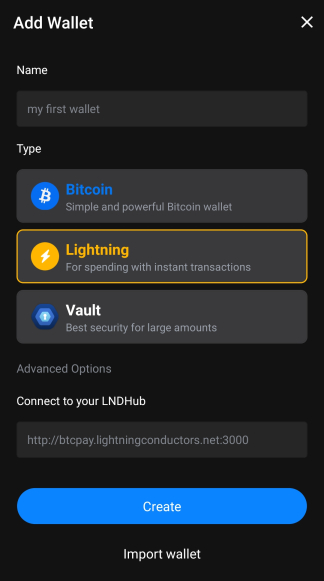 For now I have not setup the SSL certificates for the server, so it’s susceptible to MITM attack, which I don’t care about, as my deployment was for educational purposes only at the moment.

A cool feature would be to link the LndHub with the BTCPayServer accounts and internal LND. This way the users would be able to accept lightning payments without the need to deploy and manage their own instance of lightning node. The LndHub would in this case serve as a third layer of Bitcoin, although it would remain custodial service and trust to the security of the server is required. It’s then up to the each user preference how much funds they would leave on the server, and how much they would transfer to non-custodial solutions.

A similar custodial solution LNBank is now under development into the BTCPayServer.

Thanks to Mario for helpful discussion and developers of BlueWallet for assistance with the setup debugging.